In some ways, Nancy is an old-fashioned torch singer, taking her time on every note and using graininess or rasp only sparingly. But though Nancy Gilliland has made herself the heir of torch singers from Patsy Cline to Peggy Lee, she is no throwback. She works not within genres, but at their edges. Here are some recent reviews:

San Francisco Examiner: “A Day on the Farm, a Night in Palo Alto” by Christopher Hall – “…we strolled over to Cafe Fino for a nightcap and to listen to Nancy Gilliland, a smoky-voiced chanteuse…”

Geoff Roach, Contributor to AllAboutJazz.com, Saxophonist and leader of Octobop: “What makes Nancy so special?  First is that voice.  The dusky alto brings a wide range of emotions to the songs she sings.  Running the gamut from playful to downright sexy, Nancy brings depth to some of the most popular lyrics ever written.  The voice draws you in, but it’s what she does with it that makes you stay.  When Nancy sings a song, she sings the entire song.  Adding the verse to an old warhorse like “My Funny Valentine” turns the song that everyone thinks they know into a very different experience.  Composers like Rodgers and Hart, Gershwin, and Porter wrote verses to many standards.  Most musicians pretend they don’t even exist.  Adding the verse places the song into a context and enhances the story that the song tells and that Nancy tells so well.”

Sunset Magazine: : “100 Years of Rectitude” by Peter Fish – “If you’re in the mood for a setting more sultry than you thought you’d find in Palo Alto, one of our favorite ways to spend a Saturday evening is listening to chanteuse Nancy Gilliland work her wiles on Cole Porter and Rodgers and Hart at Maddalena’s Cafe Fino (544 Emerson, 650-326-6082).”

San Jose Mercury News – Peninsula Living: “Carrying on the Torch” by Tom Scanlon – “Gilliland is a torch singer in an era of disposable lighters, a martini with an olive in the age of light beer. She relates more to Garbo than to Oprah, to Ella more than Madonna. Give her Rodgers and Hart. And Cole Porter. And Duke Ellington. And George Gershwin.. the songs she sings go way, way back, to when movie stars dressed in tuxes and gowns.”

Peninsula Times Tribune: “Making Musical Memories” by Michelle Nolan – “Nancy Gilliland has been called the best-kept secret on the Peninsula. Actually, she’s the best-kept secret of the decade. The question is, which decade? What makes her act even more effective is that she doesn’t try to pretend she’s singing during the ’40s. She can belt out all the old standards (and some you don’t hear often), but along with each song, she provides a fitting little history lesson about the period or the composer, citing facts even those who were around then might have forgotten or never knew.”

Robert L. Doerschuk, former editor of Musician magazine and current senior editor at Music Player Network (musicplayer.com) Whenever I’m back on the West Coast, I’ve made it a point to drop by at her gigs, not only to catch up on old times and enjoy her music, but because she invariably invites me to sit in with her on a couple of tunes.  Pianists like me can testify to the delight involved in backing a singer who knows her way around a tune, who can twist a line in some playful way that inspires the accompanist to toss an idea or two back to her.  Oh, that there were more like Nancy, who can make accompaniment as much fun as having the spotlight to yourself.

Palo Alto Weekly: “Sophisticated Lady” by Susan Kallop – “…she’s a modern chanteuse who is happiest when she’s singing sad, heartfelt love songs from the ’20s, ’30s and ’40s.. but it’s the voice —the breathy, sultry voice—that hearkens back to an era of speakeasies and a world war, a time when people wanted to know that other folks had problems too.”

Peninsula Times Tribune: Torch Songs and Stories at Fino by Tom Scanlon – “A walking catalog of Gershwin, Rodgers and Hart, Porter, etc., she makes you smile with witty lyrics like “beans could get no keener reception in a beanery”, then melts you with “Guess I’ll Hang My Tears Out to Dry”. 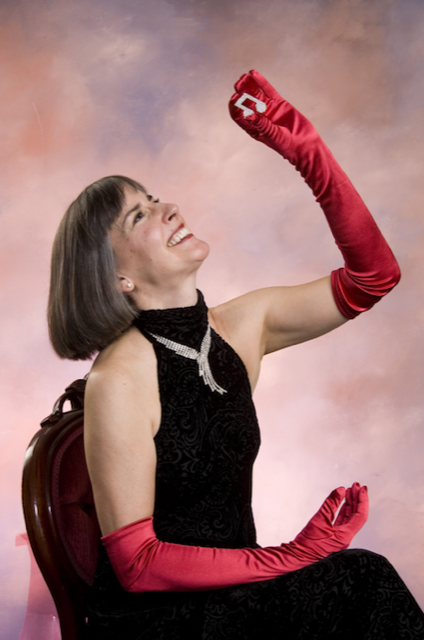 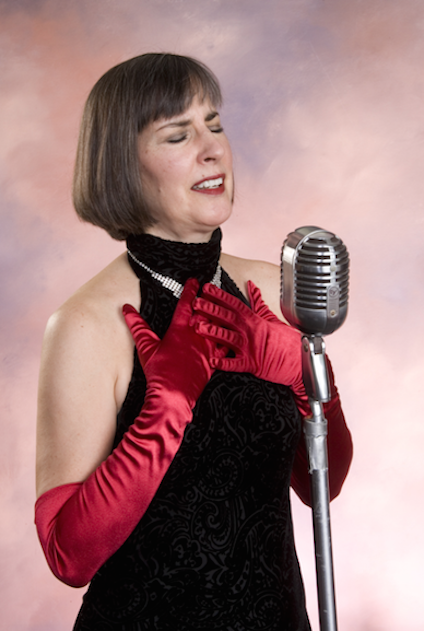